A Look At R32: The Low GWP Refrigerant In the 21st century, one of the most important environmental concerns is global warming. All developed countries are trying hard to reduce their carbon footprint and keep our planet safe. One of the ways to do it is to use the right refrigerant for air conditioning equipment.

R32 is a new refrigerant with relatively low global warming potential. With the F-gas regulation implemented in January 2015, numerous refrigerants that have been in use before, are slowly becoming obsolete.

According to the new regulations, the total HFC refrigerant use must be gradually lowered every year. The goal is to reduce it by 79% by 2030 from its 2015 baseline.

The refrigerant manufacturing industry has been going through tough times. High GWP refrigerants, such as R303A/R507 are slowly being phased out of Air Con systems. The need for a new F-gas phasedown compliant refrigerant was acute. The appearance of R32 has solved the problem.

How Low Is The Global Warming Potential Of R32?

In the past three years, global warming potential (GWP) has become one of the most important parameters of air conditioner refrigerants. For example, the popular R410A has a GWP of 2088.

What Are The New Benefits Of R32?

Besides a low global warming potential, R32 has numerous other benefits. This refrigerant is one of the two components of R410A. As a single component, it doesn’t just have a lower GWP, it’s easier to reuse and recycle.

R32 shows higher efficiency while featuring a low toxicity. The refrigerant has a low flammability factor, making it highly difficult to ignite.

Overall, the benefits of R32 are numerous while the downsides are almost non-existent.

More and more companies are taking advantage of this new and improved low GWP refrigerant. Some of the industry giants, such as Toshiba UK, have already made a full transition to R32.

The managing director of Toshiba Air Conditioning UK, David Dunn, explained that by 2019 the R410A class is likely to become obsolete. Even though R32 is a transition refrigerant, it’s the best low GWP alternative we have today.

In Japan, R32-compatible equipment has already been in use for several years. It was first introduced by Daikin. More than 10 million air conditioning units have been installed since then. That’s why there were few doubts about the success of using R32 refrigerant in the UK.

In 2017, Mitsubishi Electric launched its M-Series of new air conditioning units, which all use R32. Mitsubishi Electric’s commercial director Donald Daw called the launch of the new air conditioning series with R32 a “major product evolution”. Since then, many UK businesses have benefited from their high-quality equipment with a low GWP refrigerant.

At ACE Services, we install and maintain air conditioning systems with R32 refrigerant. If you have any questions about the revolutionary low GWP refrigerant or our services, please call us today to get a free consultation and quote. 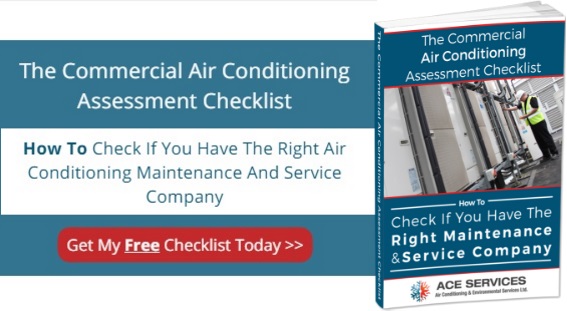 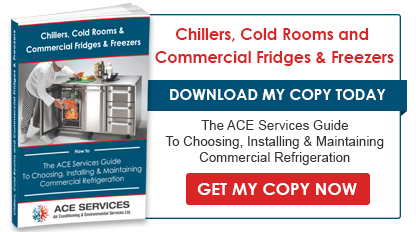